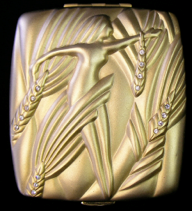 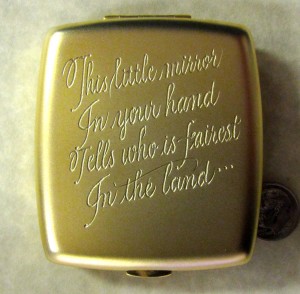 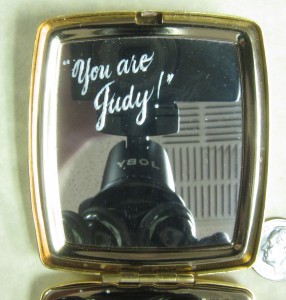 Today I had the great pleasure of sharing a table and a meal in my favorite restaurant in Plano, Texas, with a sweet friend I’ve known since 1970.  Her name is Suzie Humphreys.  We worked together at a Dallas, Texas, television station several television eras ago.  She was in front of the camera.   I was behind it.   It was a live, morning talk show called News 8 etc.  For a while, I was a cameraman as I learned tv production 101 from the likes of Jim Rowley, Tommy Johnson, Gary Jones, Jack Smith, Leo Langlois, Bud Buschardt, Dave Calhoun, and Murray Campbell, among others.  Bob Turner was the big gun in production and we were his posse, ferreting out creative ideas for promotions, commercials, news production, and occasional public service announcements.  Unseen creative vibrations and tremors from the minds of those people would likely have registered on a California Richter scale.  Later, I was tapped to join the production crew and, my-oh-my!….what a grand experience that was.  Best time of my working life. No kidding.  It was magic in every sense of the word.

Suzie and I hadn’t visited more than a few minutes at a time together, on several occasions, in those 40+ years.  We had a lot of catching up to do.  This vivacious redhead has the personality of the favorite aunt you loved to be with.  The positive one who never uttered a negative word about anyone, or did anything you wouldn’t share with the preacher.  She is smart, fun, and has the energy of a 20 year-old.

Among the multitude of things we talked about on this two hour, one-beer-apiece lunch, was her continuing life on live tv…another local station now…. her hilarious and motivational speeches she gives to groups all over the U.S., and her philosophy and wisdom about life.  The wisdom part is my word, not hers.  Suzie is wise in many ways, beyond measure.  It’s illuminating to be in her presence for just a few minutes to hear her side of the conversation, peppered and punctuated with laughs and her signature giggle that is only Suzie’s.  Radio.  Public speaking. Traffic reports from a helicopter.  Becoming a mother the first time at 40.  Dealing with screwball people along the way, each of whom, became a valuable lesson in some way.  Developing friendships with legions of other people across the land who would write their own similar description of her.  She has plenty of material to talk about and audiences are mesmerized by her stories.

At one point, the subject turned to her interest in what I’ve been doing since our tv days together.  We scheduled the lunch for a big wine bottle handoff; I did one for her neighbor’s birthday.  Along with the bottle I gave her engraved compacts.  One for her and one for each of her two neighbor-lady friends who will be at the party.  She had seen my engraved compacts before but was not expecting these.  That was a total surprise and she’s anxious to give them.

That discussion prompted me to mention the Estee Lauder ‘miracle’ I wrote about in 3 parts over the past few days on this blog.  While I told Suzie the story about the UPS truckload of boxed compacts, and how all that came about, we had unblinking eye contact.  She did not utter a word.  When I was done, she asked a couple of questions about the compact delivery.

Though I’d like to think every one of you took the time to read every word of my earlier 3-parter about the compacts, I’m reminded that is simply not the case.  In second person, here’s the ‘Cliffs Notes’ version to save you the trouble or archival re-reading:

In 1996 Ken had been working his buns off at the Oscar de la Renta counter in a big store.  One fragrance line.  Off and on.  Many events.  Lots of bottles engraved.

The sales girl at at the Estee Lauder counter walked over and asked if he would go meet an EL regional director 30 miles away.

Ken said yes, he would.  Ken did.  It resulted in travel all over the country for Estee Lauder.

Three years later, in 1999, Ken got a call from NY.  EL asked him to teach engraving to others so they could hire his students in other stores across the land.

Ken said yes, he would.  A month before the first Seminar Ken wrote to the Estee Lauder caller in NY .  “I need scrap parts of compacts for my students.”

Shortly thereafter the UPS truck came.  A literal ocean of brand new…NO SCRAP…discontinued compacts came for his classes and promotion of them.

Ken has wondered for years…MISTAKE or MIRACLE?

Then, there was a brief silence and that locked eye contact again with Suzie.

“What is the POINT of the story?” she asked.

I thought she had actually been asleep with her eyes open as I explained the compact trilogy.

Puzzled, I answered, “The point of the story is the MIRACLE!…the fact Estee Lauder was so gracious to send me so many compacts that I desperately needed for my students in the engraving seminars I’ve taught over the past 12 years!”

I had missed the entire ‘point’ of the story that she saw like a beacon on a firetruck.  Then she told me.  Crystal clear.  It related so closely to two other non-compact incidents I shared here and in my BrownLines™ newsletter recently.

While fighting drive-time traffic on Hwy 75, back toward McKinney, I kept thinking how I could share, here, what I learned from Suzie’s wisdom and perception during lunch today.  Here’s how I’ve decided to do it.

In a word, the answer to Suzie’s question is simple.

You tell me in the comment box below what YOU think the point of the compact story was.  I’ll show your responses to Suzie and we’ll pick 5 of you readers who we feel most closely state it correctly.  Each of the 5 will get a compact like the one shown above, engraved with the same verse and the name you want on the mirror.  Heck!  I’ll do TEN compacts for the closest answers. If you can’t figure it out, send the link to these posts to a dozen friends and let them in on the question!  I can spare the extras so spread the word.

I’ll be watching the COMMENT boxes below and you should to.  Winners will be selected and notified in about 10 days. I’ll let you all know.  Good luck!

17 Responses to KEN BROWN ENGRAVING WANTS YOUR ANSWER TO A QUESTION.